Three colorful 6x8” plastic elephants are ready to dance in the air. Flensted Mobiles of Denmark has been making wonderfully whimsical and artful mobiles since 1954.

What makes a mobile so enchanting? According to the Flensted family, who operate Flensted Mobiles, it is the balance between rest and restlessness. Flensted creates elegant designs that encourage both motion and balance of mind. The company began when Christian Flensted crafted a stork mobile for his daughter’s christening. One year later, a business began and the stork design remains in production today. Flensted Mobiles has over 250 designs and is run by Ole and Aase Flensted on the island Funen, in Denmark. 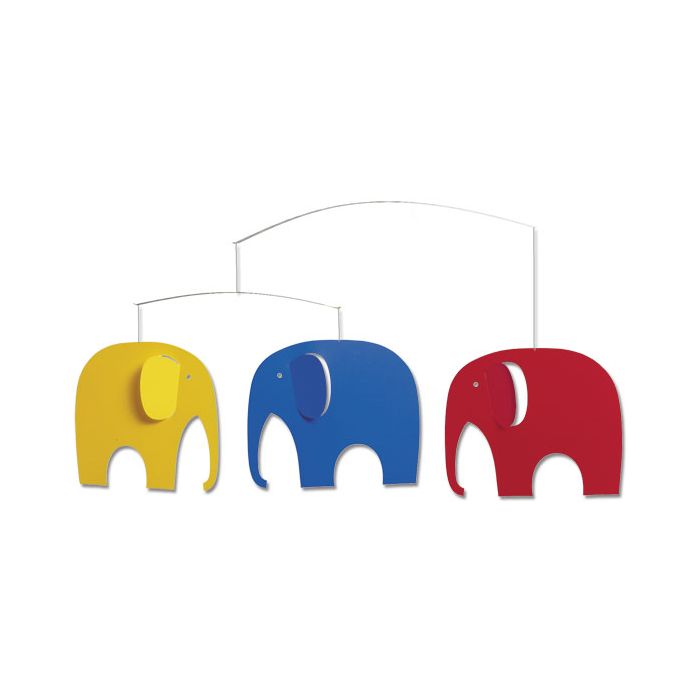