A young tomte holding his own bowl of rice porridge, a Christmas tradition in many Scandinavian homes. Made by Butticki of Sweden. 3" 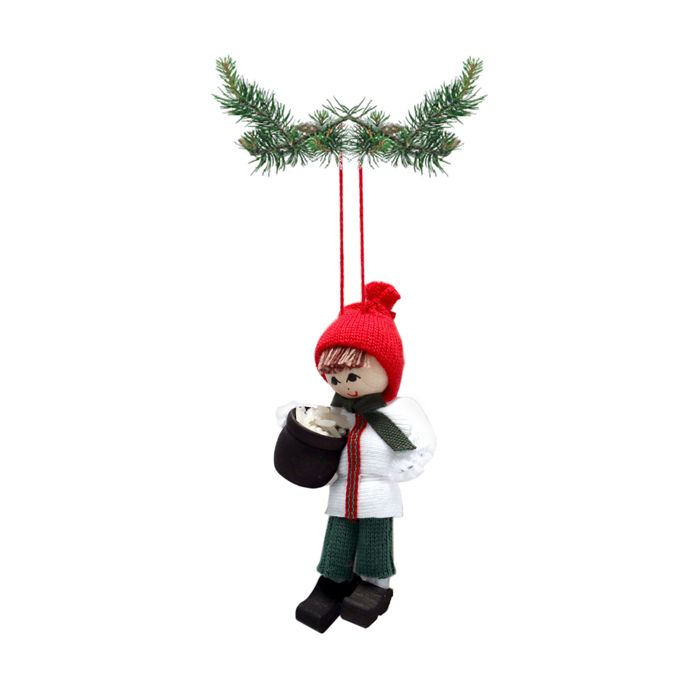