To celebrate the 100 year anniversary of the revolutionary Niels Bohr Atom Model, Flensted has created this beautiful mobile, which will be beautifully fascinating in any home. In 1913 Niels Bohr developed his revolutionary model of the atom, from which new information technologies continue to arise – from the transistor radio to quantum computers. Designed in cooperation with the Niels Bohr Institute of Copenhagen. 9 x9” 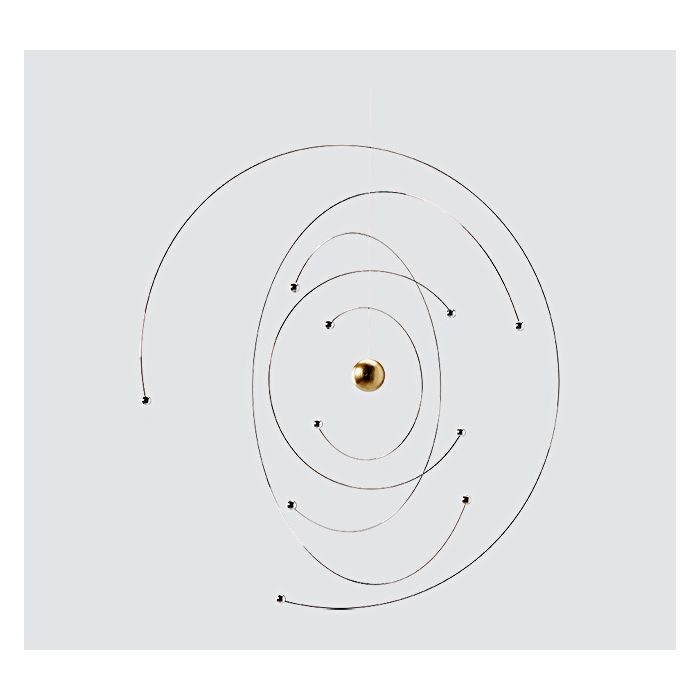