A standing Lucia, wearing her traditional crown. Made by Butticki of Sweden. 3" 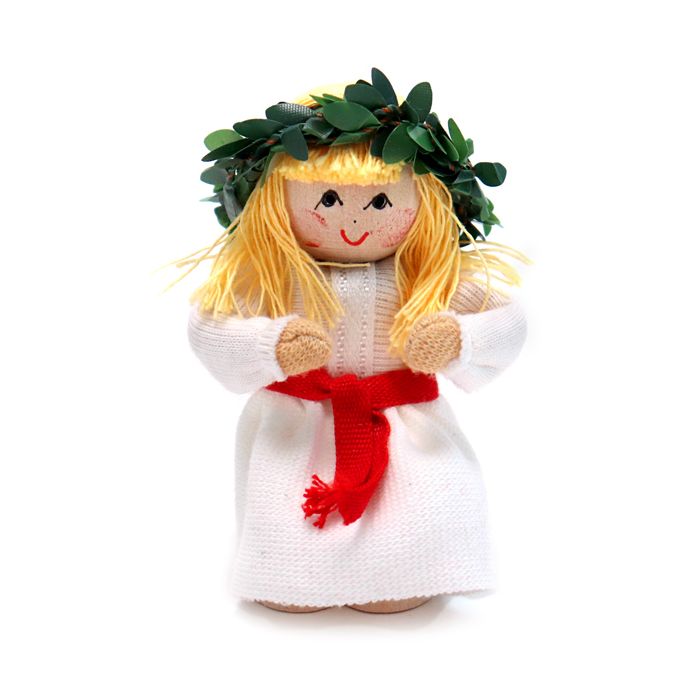