or The Lives of the Norse Kings. Unabridged slightly altered Dover (1990) republication of the work originally published by W. Heffer & Sons, Ltd., Cambridge, 1932.
Snorre Sturlason (1179-1241) was an Icelandic poet, historian and chieftain, a man of action who also possessed a high degree of literary skill. The Heimskringla is a history of the Norwegian kings. It begins with the Ynglinga saga, which traces the descent of Norwegian royalty from the god Odin, who is presented by Snorre as an historical figure, a great conqueror and master wizard. The chronicle ends with the story of Magnus Erlingson, who ruled until 1184 A.D. Central to the work is the saga of St. Olav, a detailed recounting of the 15-year reign of Olav II Haraldson, patron saint of Norway. Around this are woven the stories of 15 other high kings. Spanning many centuries, the accounts cover the development of the Norsemen as roving vikings, their conversion to Christianity and their eventual settling down to the unification and administration of Norway. Heimskringla is the finest, most complete treatment of the ancient Norwegian kings and their reigns.
Paperback, 770pp. 1990 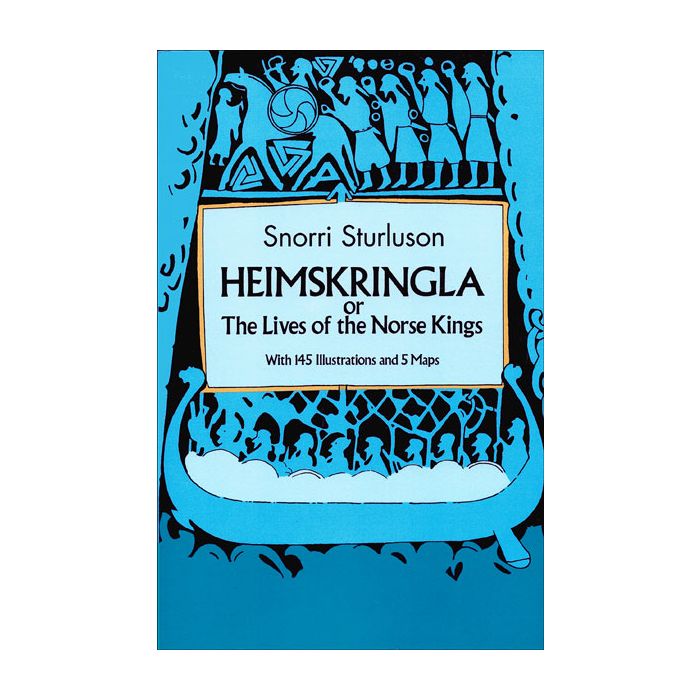