The Henning carving portraying Prillarguri in wood. It is the story of a woman named Guri who blew a prillarhorn to warn the Norwegian peasant militia of the oncoming Scottish army. The army was making their way through Gudbrandsdal on their way to Sweden to enlist in the Kalmar War against Denmark and Norway. She played a key role in the successful ambush of the Scottish army. 6.75" 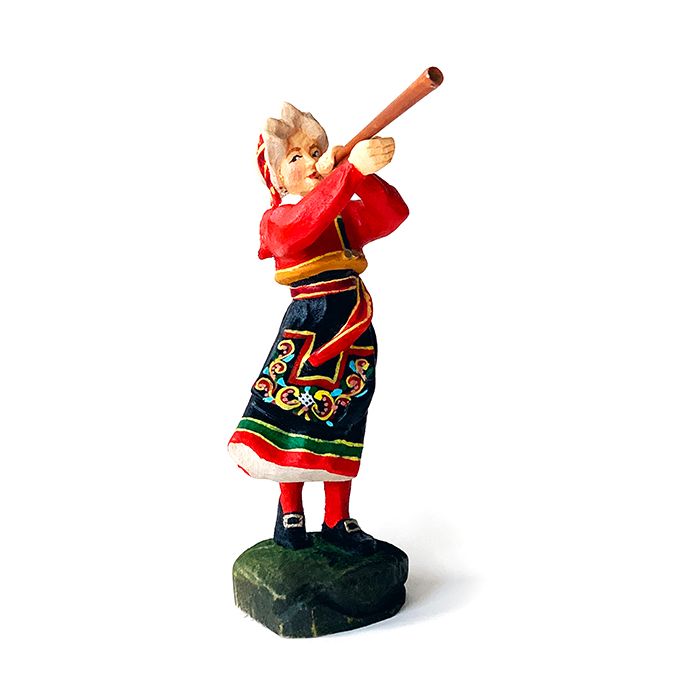