A Conspiracy of Faith

A Department Q Novel (#3),
by Jussi Adler-Olsen, Denmark.
Detective Carl Mørck has received a bottle containing a message scrawled in blood. It is a cry for help from two brothers held captive in a boathouse by the sea. Is it real? Who are these boys, and why weren't they reported missing? Could they possibly still be alive?
Carl's investigation will force him to cross paths with a woman stuck in a desperate marriage - her husband refuses to tell her where he goes, what he does, or how long he will be away. When he finallly returns, she must endure his wants, his moods, his threats. but enough is enough. She will find out the truth, no matter the cost to him - or to herself.
Carl and his colleagues Assad and Rose must uncover the shocking fate of the authors of the message in the bottle.
Paperback, 520pp. 2013/2017 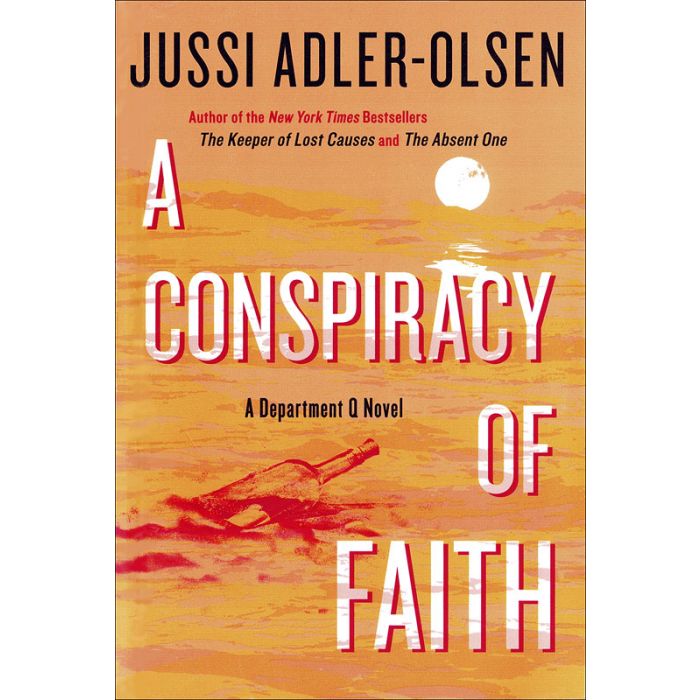