The Viking 5 Mobile moves gracefully with its five Viking ships, with full sails set for the foreign shores. From about the year 800 until 1050, the Vikings sailed far and wide in ships like these. Designed by Christian Flensted, the ships in the mobile are carved from teak. 11 x 26” 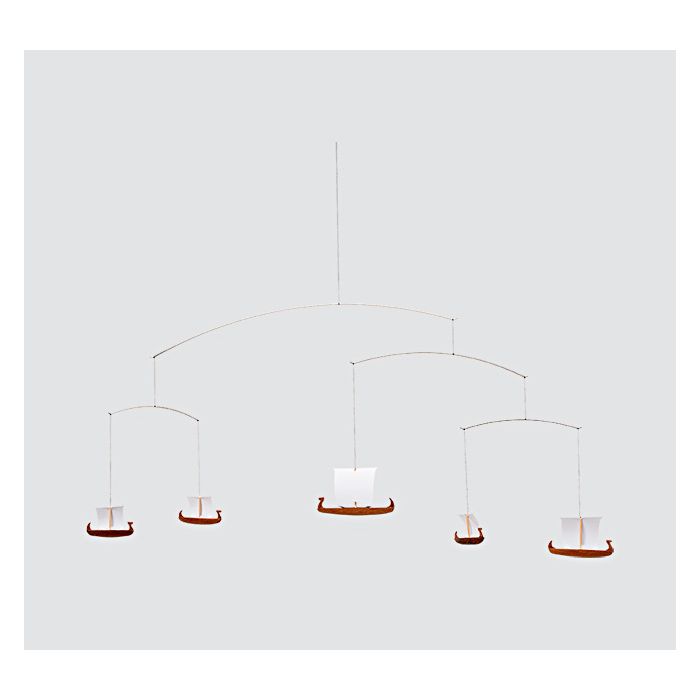