Odin was the powerful father of the gods in Norse mythology. His ravens Huggin (thought) and Muninn (memory) flew throughout the world each day, returning with news for him about everything they saw and heard. Hand-carved in Norway by the Henning Workshop. 9" 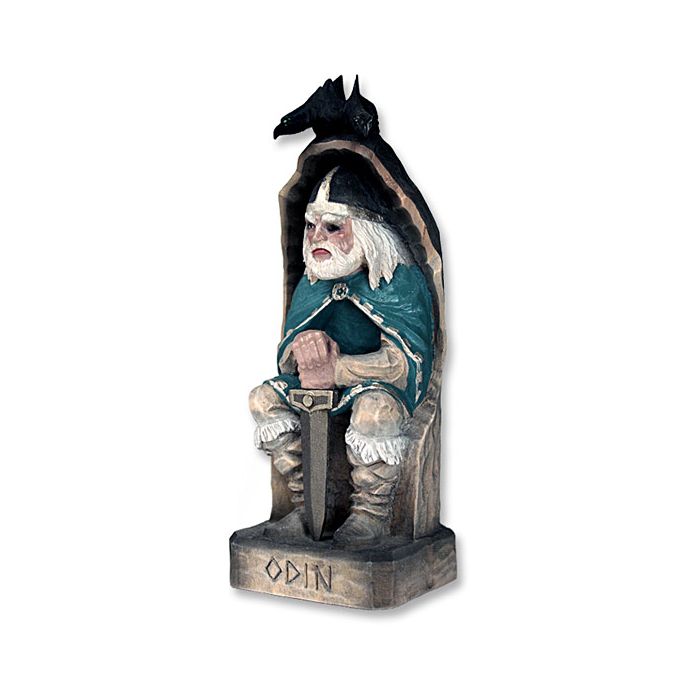