This paper cutting was influenced by the wild plum thickets of rural Iowa where Cynthia McKeen grew up. It also incorporates the Japanese fairy tale of the rabbit in the moon which delighted Cynthia during her years of study there. In Japan the plum blossom is the "gentle" flower, favored by poets and scholars. Made of textured French art paper (60% cotton) and a creamy American cover stock strong enough to withstand use year after year. 35" long.

Storyteller Hans Christian Andersen was also well known for his skill in the art of paper cutting. He was rarely seen without his long scissors, ready to create his intricate designs. Proongily carries on this proud Danish tradition with artist Cynthia McKeen's unique, wonderfully detailed die cuts. Cynthia learned the old Danish craft of paper cutting from her grandmother and has turned that skill and inspiration into an intricate little world of nisser and forest creatures. 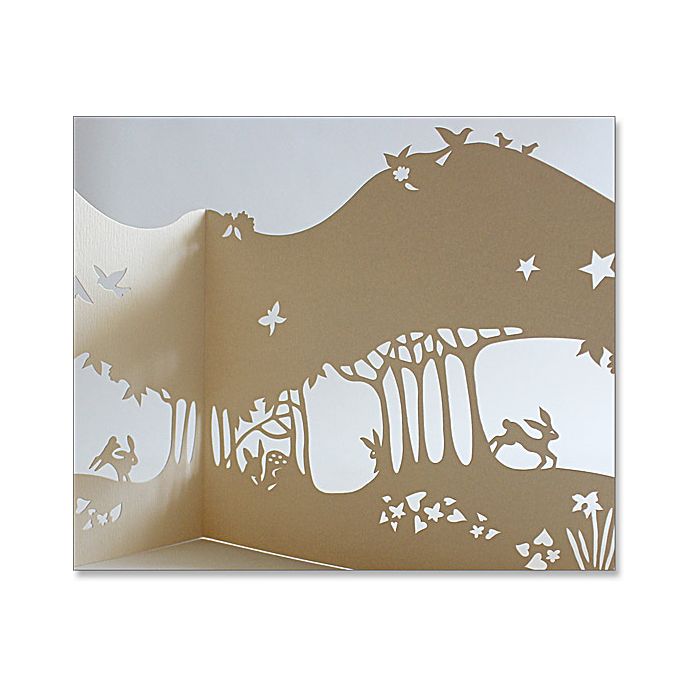